In the wake of the recent tragedy in Japan, Southern Californians have been hyper alert to any news regarding dangerous levels of nuclear radiation drifting over from Fukushima. At this time, official statements from the California Department of Public Health and the EPA are assuaging the population that there is nothing to fear. While there has been some detection of radiation in the air, the current levels recorded are "thousands of times below any conservative level of concern". But despite these reassurances, according to the LA Times, this hasn't prevented potassium iodide pills from selling out at numerous health stores (even though public officials have issued a warning that the pills are unnecessary and could even be harmful).

If the current levels are indeed 1,000 times below any reasonable level of concern, how do these amounts compare to the levels we knowingly (and unknowingly) absorb in everyday situations? Everyday medical practices could be just as high—or higher—as the current detection, but an x-ray patient doesn't beeline over to Whole Foods to buy potassium iodide pills. Thanks to Randall Munroe—creator of web comic xkcd, programmer and ex-NASA roboticist—we have a rough answer. Munroe used the following sources to compile a radiation dose infographic that sheds some light on the varying intensities of radiation emitted from pretty common, everyday occurrences.

Before you check out the stats below, here's some necessary precursory info: The unit for one absorbed dose of radiation is referred to as a "sievert" (Sv). It measures the effect a dose of radiation has on the cells on the body. To read the measurements, you must understand that the sievert units are broken down into even smaller measurements: the millisievert (1 mSv = 10-3 Sv = 0.001 Sv) and the microsievert (1 µSv = 10-6 Sv = 0.000001 Sv).

For scale, Munroe says: "1 Sievert will make you sick, many more will kill you, however, even small doses cumulatively increase cancer risk." (FYI, all humans safely absorb small amounts daily.) Here are a range of Munroe's stats pulled to demonstrate the varying proportional degrees of danger—daily actions next to common medical practices next to Fukushima, and finally, compared to Chernobyle:

The data infers Angelenos have nothing to worry about, and as the whole world hopes and wishes, Japan may be safe as well. Cross sections from the chart below, view the enlarged version in its entirety here. 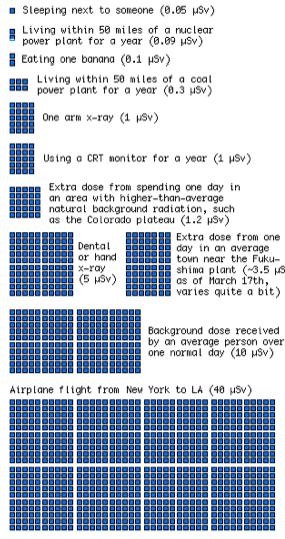 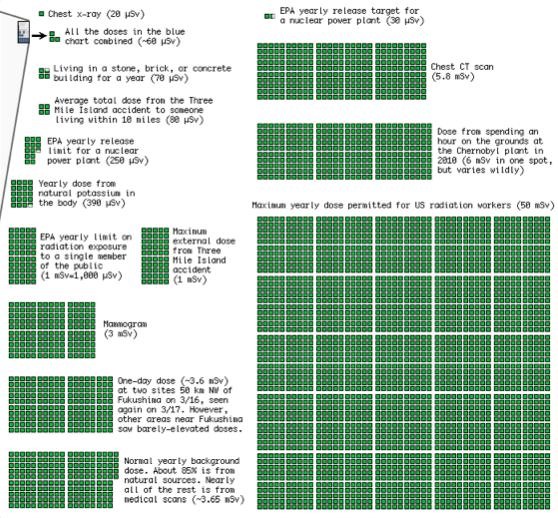 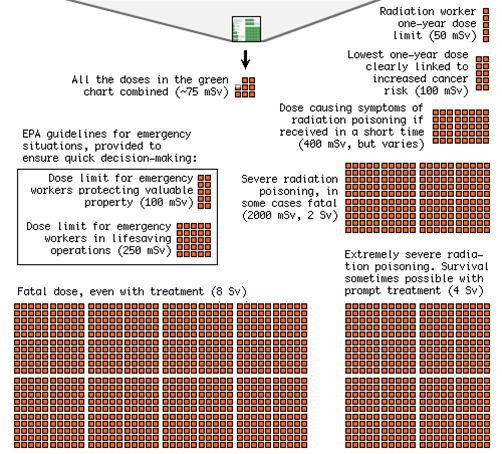 Want to master Microsoft Excel and take your work-from-home job prospects to the next level? Jump-start your career with our Premium A-to-Z Microsoft Excel Training Bundle from the new Gadget Hacks Shop and get lifetime access to more than 40 hours of Basic to Advanced instruction on functions, formula, tools, and more.

Other worthwhile deals to check out:

Join the Next Reality AR Community

Get the latest in AR — delivered straight to your inbox.

Good eye. This has been corrected.